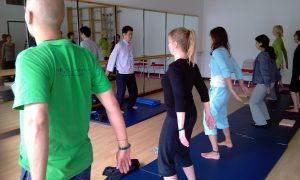 Qigong is an ancient Chinese art of cultivation of life. In Chinese, the word Qigong is formed using two words”Qi” and “Gong.” Qi(Chi) is the vital energy of nature. Gong means the ability that you have after practising a technique for some time. Therefore Qigong refers to the ability that you are capable of perceiving, generating, or projecting vital energy of nature. Qigong is a full-spectrum mind-body discipline which is unequaled in its development of physical, mental and spiritual health. Qigong exercises, through gentle movement, breathing, and meditation, promote the flow of Qi or vital energy through the whole body, and provide balance and harmony of mind, body, and spirit. 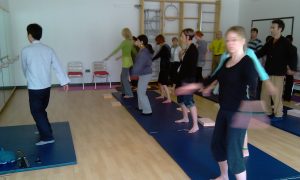 Meditation has been practiced for centuries and has received much

scientific study.  As with most things in life, there are numerous forms of meditation. Some require you to empty your mind of all thoughts, others require the recitation of a mantra, whereas other involve focus on a particular image, sound or shape.  Each however has the same goal, to quieten the mind and bring about internal peace and harmony.

Quieting the mind may not sound like an overly difficult request but for many, trying to find peace and stillness without thought or distraction

especially for any length of time can be a challenge.  The reason for this is our minds are constantly working and generating a seemingly endless stream of thoughts as this is the predominant and normal state for most of us. However, the good news is we all have the inner and natural ability to seek and obtain inner silence.

Meditation when performed regularly will cultivate ones nervous system to sustain the inner silence achieved from practice throughout a normal working day. When inner silence is stimulated, dynamic energy will result which can often be felt as energy moving within the body.

* Purification of the nervous system 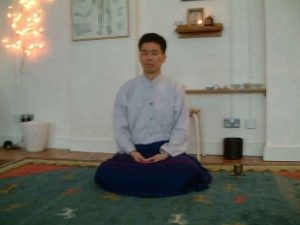 through extracting the essence of ancient Buddhist, Taoist, and Tibetan Qigong. Foo Ming(復命) is a term from Tao Te Ching, whose authorship has been attributed to Laozi.  Foo Ming (復命) means back to the origin of Life, which is the objective of practising Qigong. Master Yang emphasises that Qigong is a wisdom of life science and life philosophy, and in the process of practising Qigong we will feel light and joyful peace.  In addition to teaching authentic Buddhist, Taoist, and Tibetan Qigong, Master Yang has developed his own Qi particle exchange technique – a highly advanced Qigong and healing method that combines Western directness with Eastern methodical thoroughness.

Master Yang sincerely advises that safety is the priority of learning Qigong, and the first step should be from learning ancient fundamental but precious knowledge.